Welcome! Don't be shy...Leave comments! We love to hear from you!

Help Us Buy a Van

Hello blog friends! We are at it again, selling T-shirts. This time we are raising money to buy a van for our family to scoot around centre in at night. Matt travels some and that leaves Tiffany alone to walk around taking kids to activities etc. It's pretty unsafe here in the highlands for women and children to walk alone. And is especially awful in rainy season. 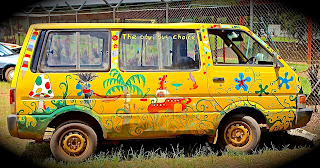 Our friends are selling the yellow sub to buy a more respectable vehicle. 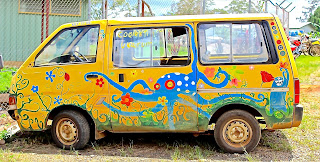 Isn't she something special? 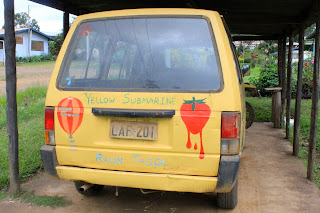 It was pretty much love at first sight.

Tiffany has come up with a very special T-shirt design that will be available for just 2 weeks. February 12th is the last day to order. You won't find these anywhere else any other time. 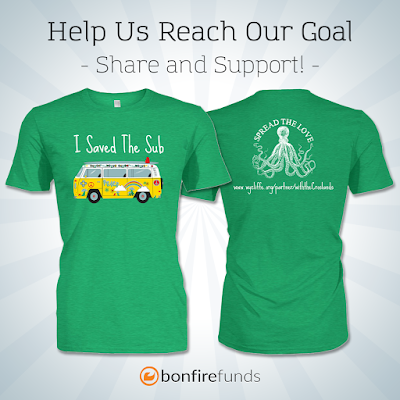 Go to:
https://www.bonfirefunds.com/the-crosland-sub
to order your shirts today!
Thank you for your help.
XO
Posted by the croslands at 8:58 PM No comments:

Help Us Send Another Child To School

We had a successful campaign with Tfund to get school fees for our daughter! Thank you to all who bought shirts or donated to help us! We have a very excited teenager who will be going to school for the first time in her life, thanks to you!!
We have now started a new campaign to get one of our sons in school too. Here are the shirts we've designed: 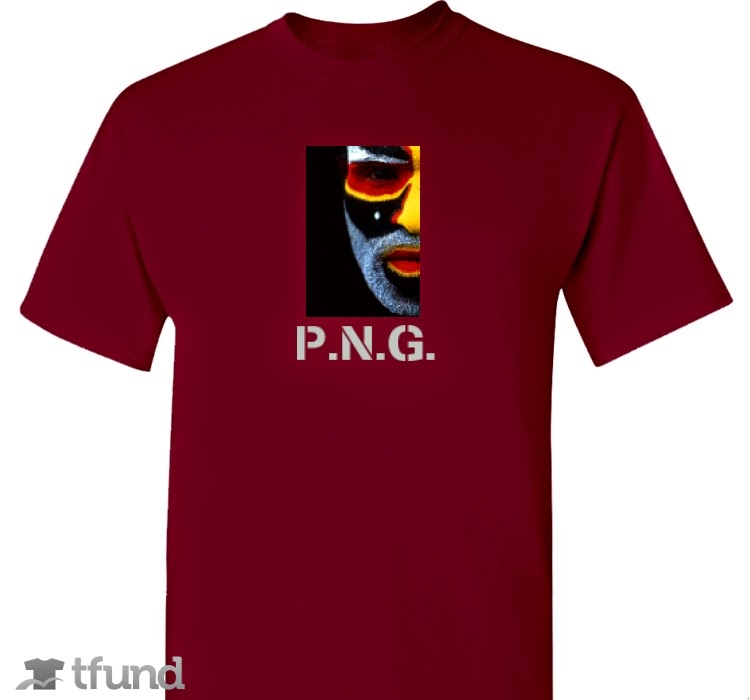 The front is a picture of a PNG man with his face decorated for a singsing. 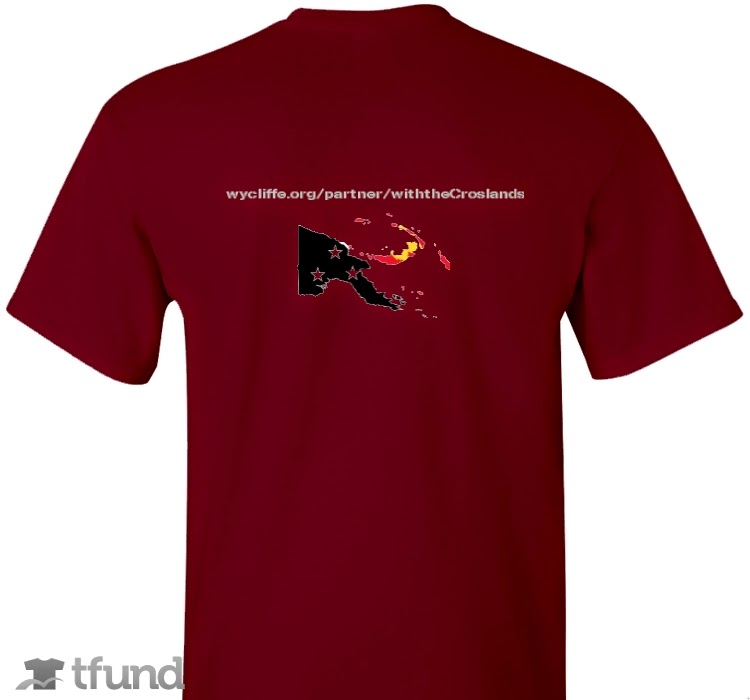 The back is a map of PNG.

They are printed on fair labor certified T-shirts and all sizes are available. You won't find these shirts anywhere else. When the campaign ends on March 28 they will no longer be available to buy.

Go HERE to check it out  and get your shirt! At last count we still need to sell 96 more shirts in the next 24 days to make our goal.
Please share the link: http://www.tfund.com/croslands
Thank you for your help!!
Posted by the croslands at 3:53 AM No comments:

As many of you know, we have been very under-funded since our move to Ukarumpa. The cost of living is much higher here than in Madang. One of the things the children were looking forward to in Ukarumpa was being able to go to school with their friends. Unfortunately, that didn't happen because we just don't have enough monthly income to cover the fees. Because our oldest daughter will be entering high school next year, we decided that she should get the first opportunity to go to school
We have a fun way for you to help us get school fees for our oldest daughter to be able to go to school!
Buy a shirt and help send an MK to school!

By clicking on one of the links above you can order a cool PNG shirt and help us send our girl to school. We designed these shirts ourselves. You won't find any one like this anywhere else. The front has a picture of the Papua New Guinea national crest and the back is the PNG flag with our giving website address. The shirts will only be available until February 2nd so get them while you can and feel good about your purchase!
As always if you wish to give (without getting a shirt) and get a tax receipt you can go here and follow the prompts.

Posted by the croslands at 6:11 PM No comments: 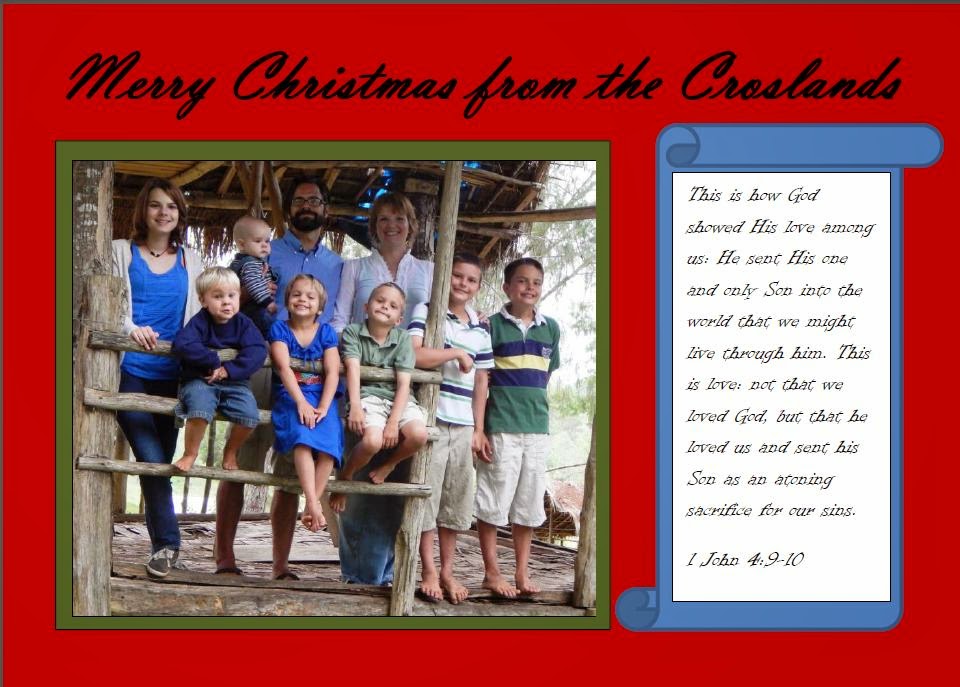 Posted by the croslands at 5:08 AM No comments: 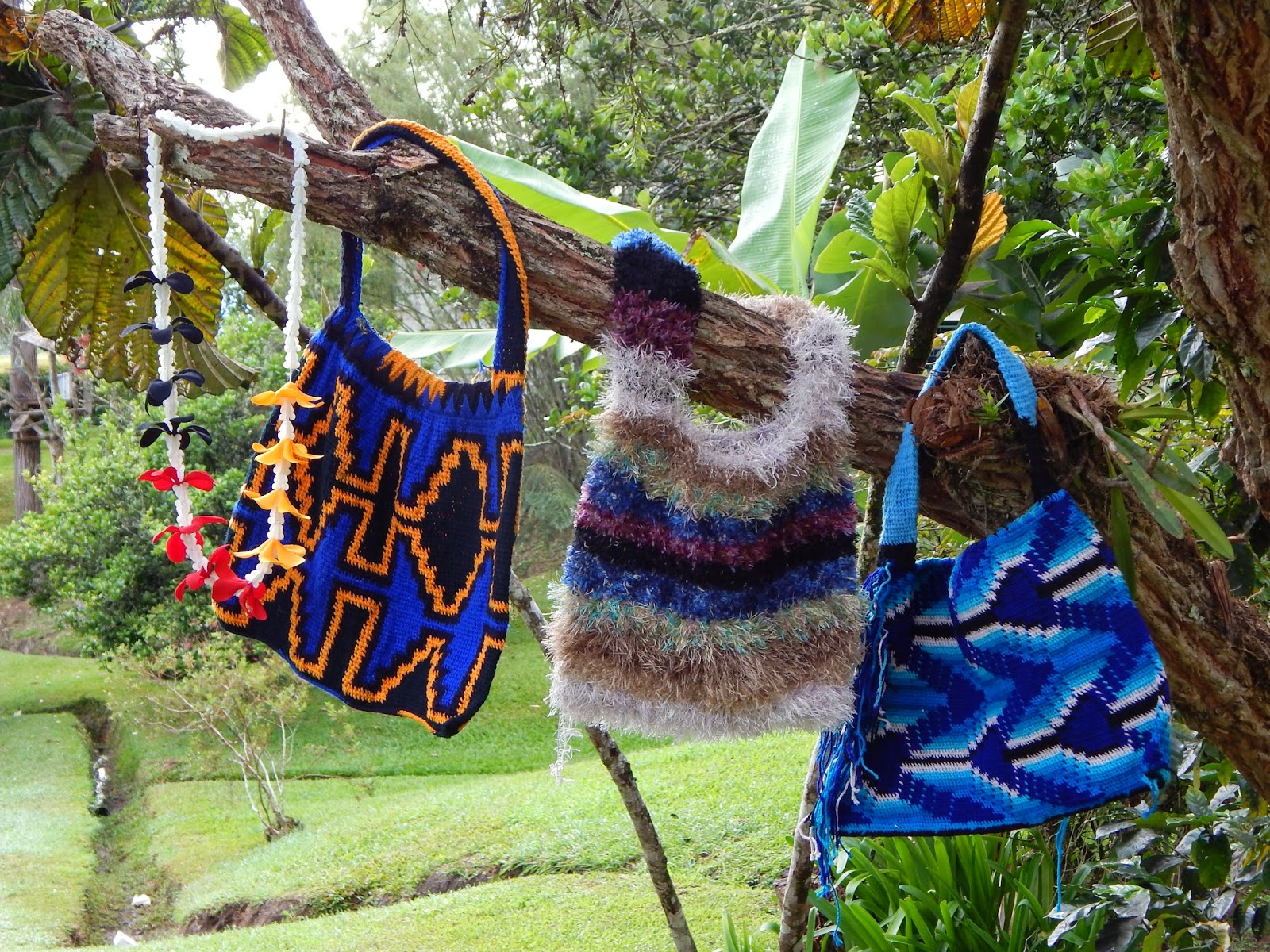 I (Matt) had a very interesting experience this week.  For the last 14 weeks of the building project we have had 3 students from a local vocational training school working with us for the practical portion of their course. I was a little concerned at first because this was the first time I have participated in this sort of program and I was not sure what their competency level would be. They were definitely green when we got them, but I was the same way when we started doing construction and you have to start somewhere. They all worked very hard and were open to learning new things. In the end it was a joy to have them, to train them, and watch them grow. They were an asset to the team and the project and I would be happy to have another set of students.
But that was not the end of the story. The students and their teachers invited us (my foreman and me) to come to their graduation ceremony. As an expat and a representative of the largest mission organization in the country this is not terribly out of the ordinary. It is generally pretty hard for students to find places to do their practical training, and it is a requirement for graduation, so they wanted to express their gratitude to us and foster the relationship between the school and our mission.
I have been to quite of few of these type of celebrations before, in other parts of the country, so I thought I was prepared. They are generally pretty long and it seems like everyone and their brother gets up and talks. But they are usually pretty fun.
We arrived and were greeted by the construction teachers. They brought us into a waiting room with some of the VIPs (2 local members of parliament, the provincial inspector for vocational training, and several other government officials). At this point I still had not grasped the fact that I was one of the VIPs. They served us light refreshments (coffee and buttered bread) and then we were taken out. Some of the girls in the hospitality program were dressed in tradition clothes and lead the procession in. We walked through a line of men dressed in local traditional clothes playing a welcome song. In the past I was seated on the front row in these sorts of affairs but this time we were taken to our seats on the stage! As we climbed the steps there were another set of hospitality students putting leas on our neck (pictured above on the left). I sat down just behind the podium and realized that this was a little more than I was used to.
The program began and they recognized all the VIPs ( I was one). I thought "oh that was nice." I settled in to watch the program. Speeches were made and money was promised by the members to support the school. They then began to recognize the outstanding students in each section. I was asked to come up and hand the gifts to the students in the plumbing and carpentry students. The program kept going and then it happened. I was just sitting there minding my own business and I heard my name!!!They just called me up to the podium to speak!!!!! I got up not quite knowing what to say but luckily I am rarely at a loss for words. I spoke for a few minutes about what great students we had and how proud the teachers should be of them and the training they had received and sat down. A few more speeches were given and it was time for the students to receive their certificates. They began to hand out certificates and called up various people to hand them to the students. One of the interesting things at this point was some of the students and their families were giving bilums, hand woven bags, to some of their teachers to say thank you. I was again called up to hand out the carpentry and plumbing certificates. When my 3 students came up they each gave me a bilum. I was overwhelmed by this act. When someone gives a bilum in this sort of situation they put it around your neck and you have to leave it there. So here is what I looked like after the ceremony was over :-) 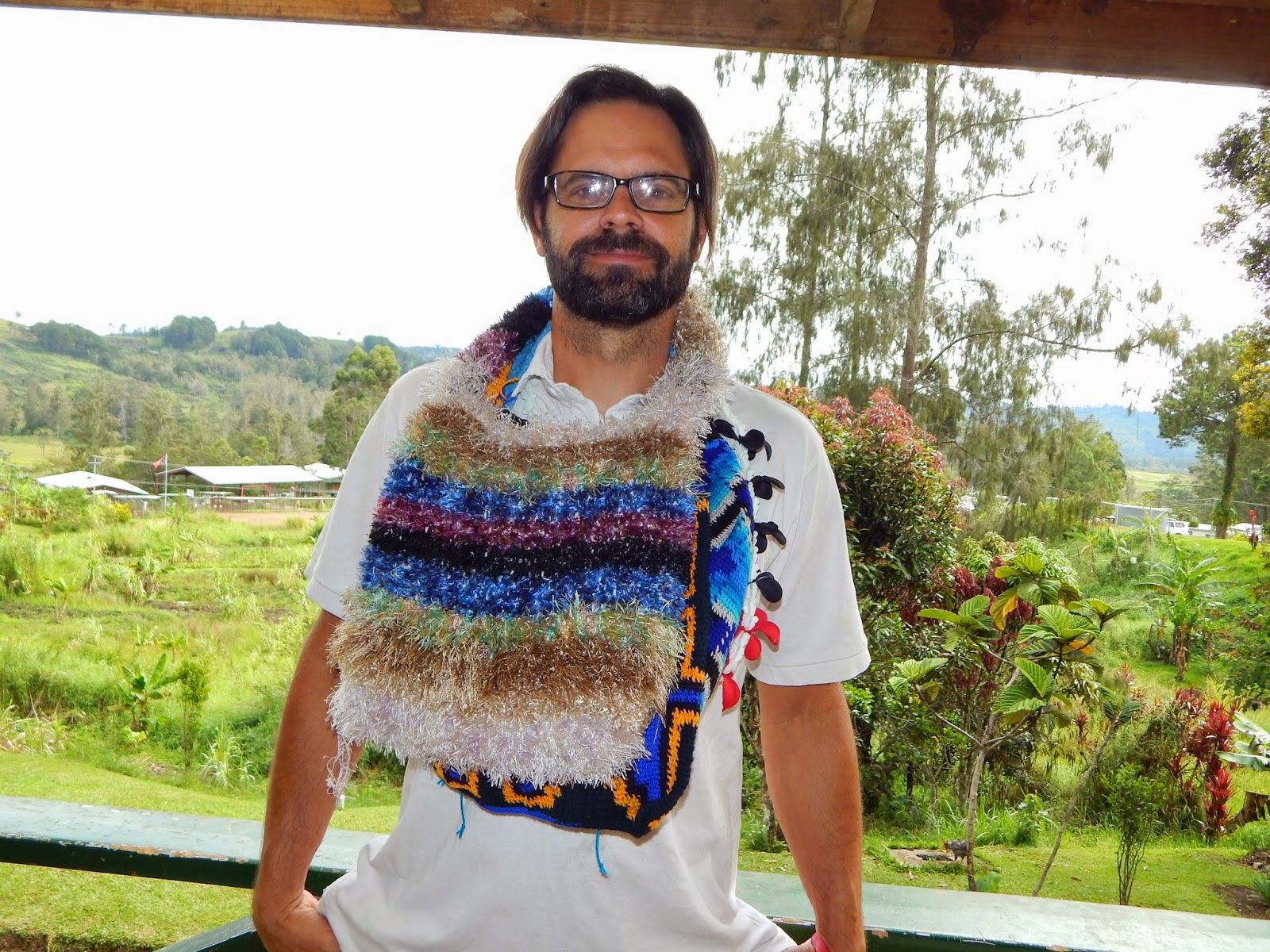 After the ceremony was over we had a small meal and they gave me a tour of the carpentry workshop. There were only 3 power tools in the shop for all of the students. I am always impressed with how much Papua New Guineans can do with limited resources. What an amazing day. Papua New Guinea is truly "the land of the unexpected".
Posted by the croslands at 6:41 PM 1 comment: 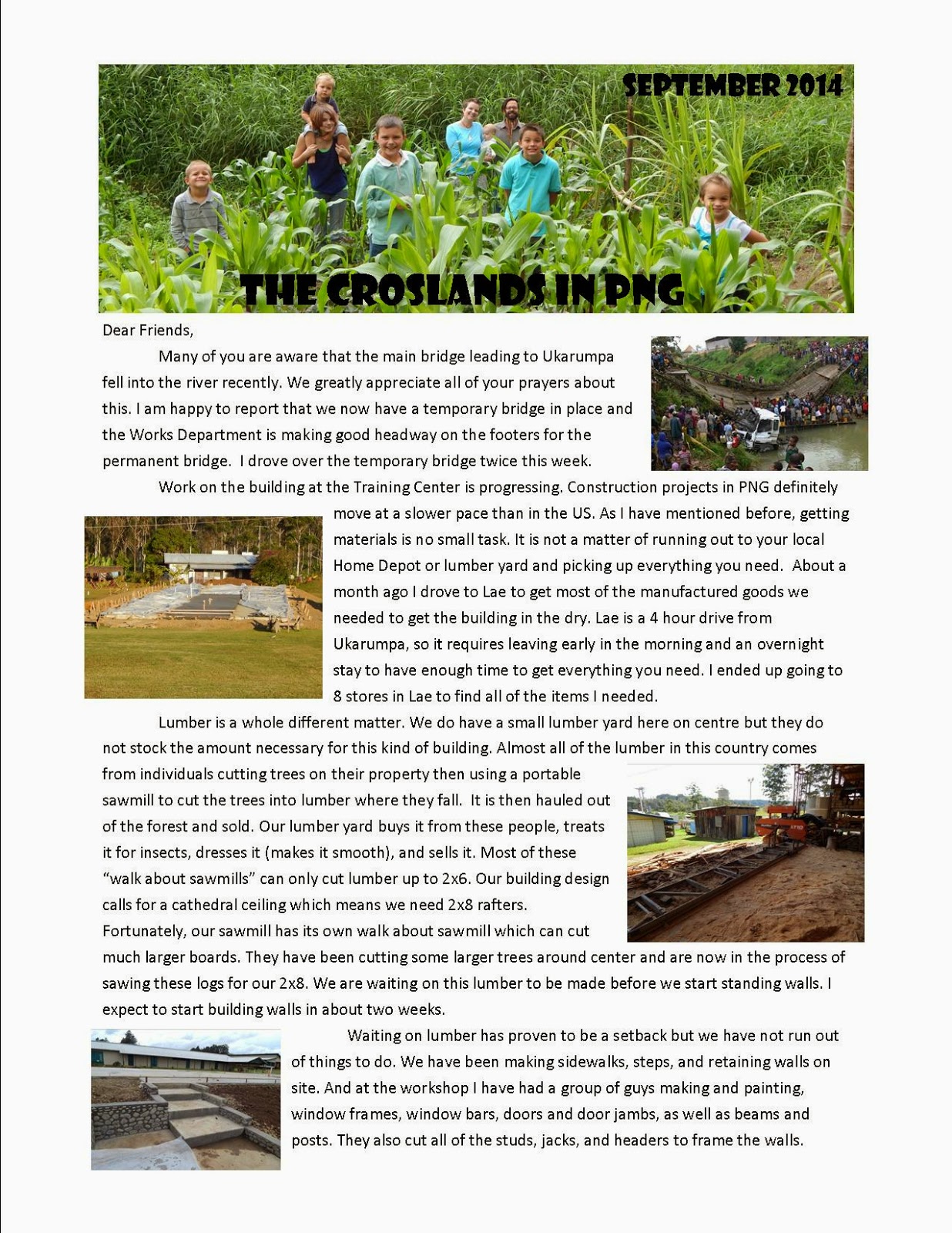 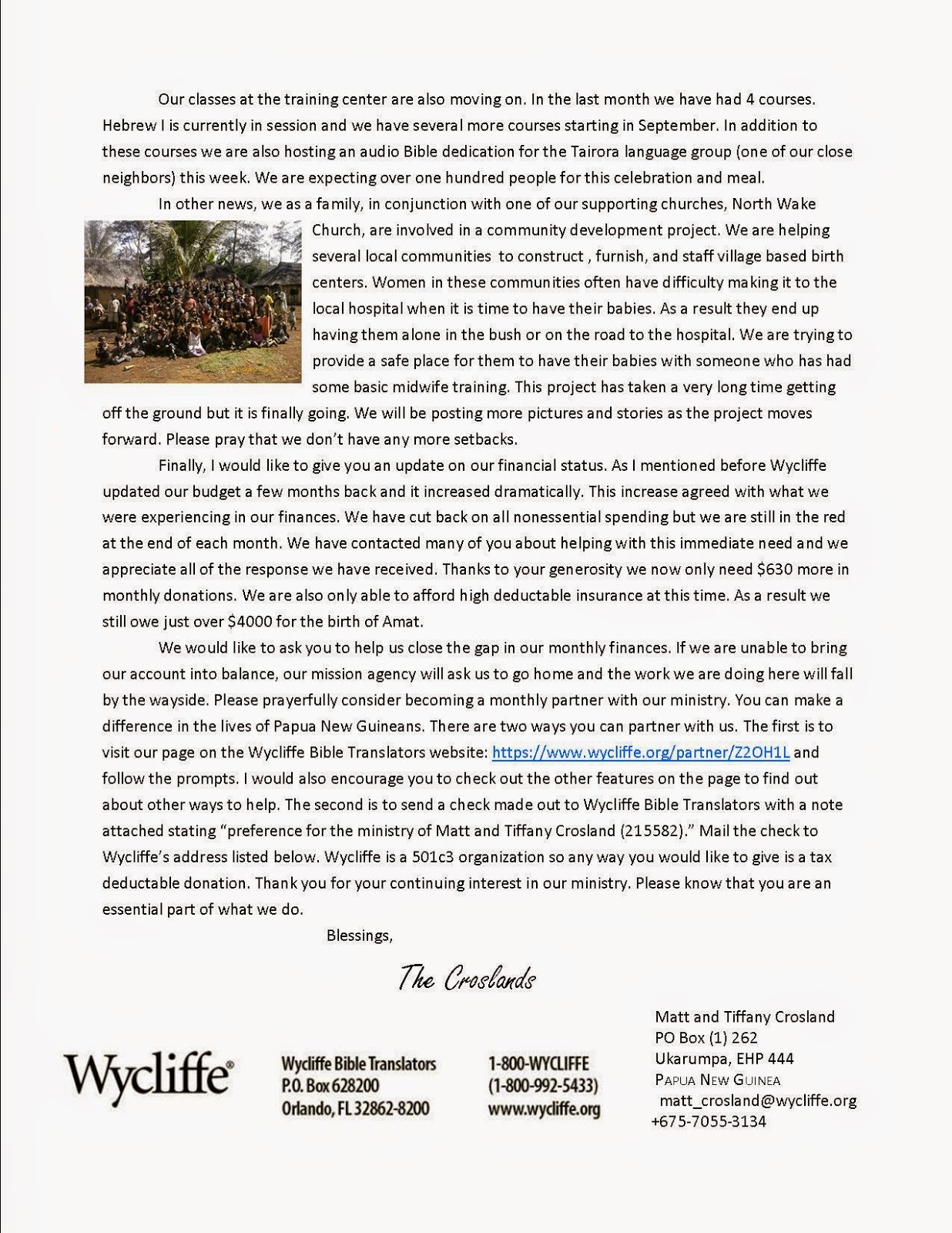 Posted by the croslands at 7:43 PM No comments: 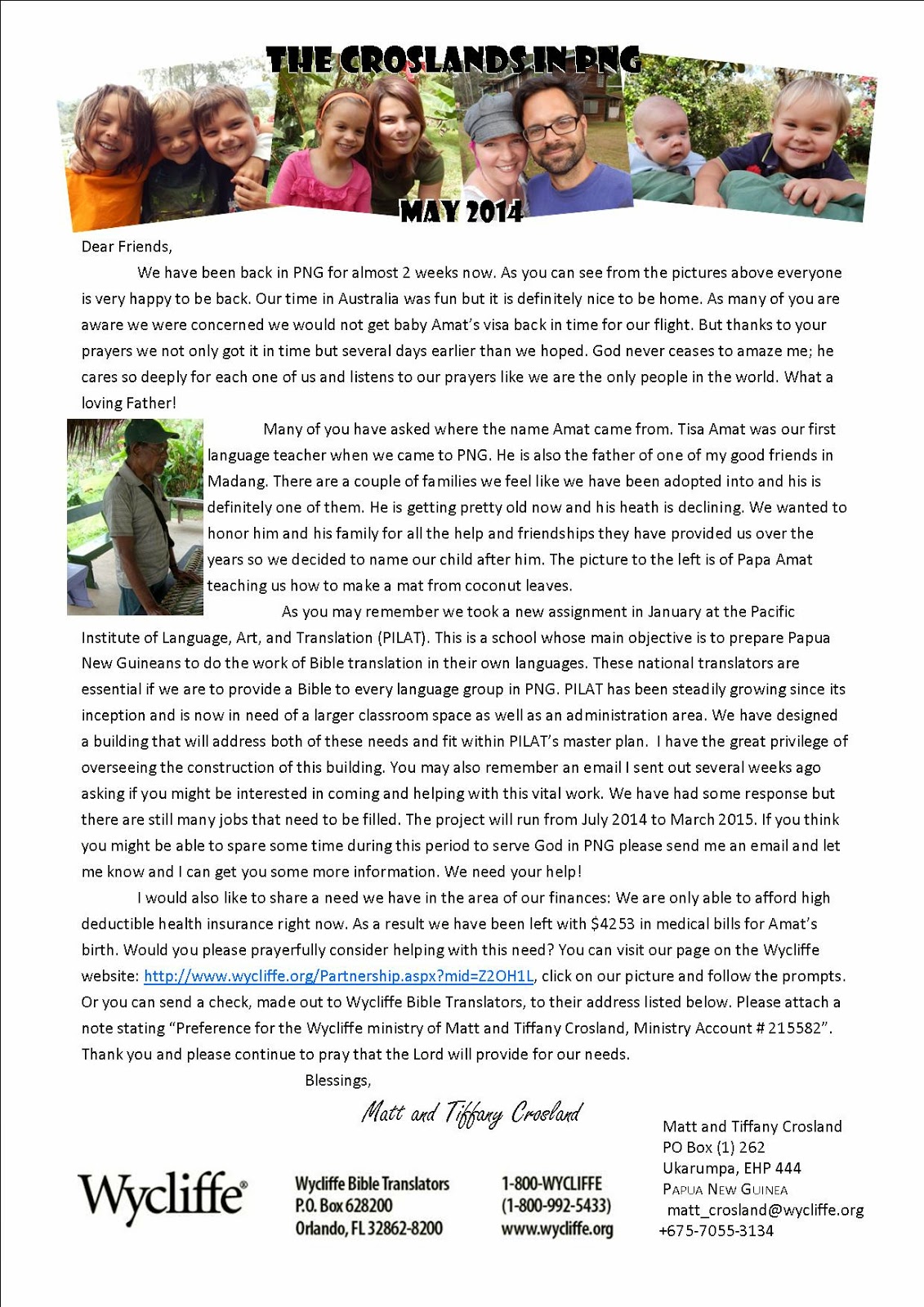 Posted by the croslands at 12:56 AM No comments:

the croslands
all, over, Papua New Guinea
We are a family of nine, two girls, five boys, Mom and Dad, plus a chicken and a cat. We are members of Wycliffe Bible Translators, serving in Papua New Guinea.

Click on the photo to support Bible translation in PNG: 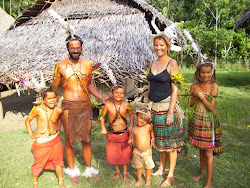 In PNG It Is Currently...